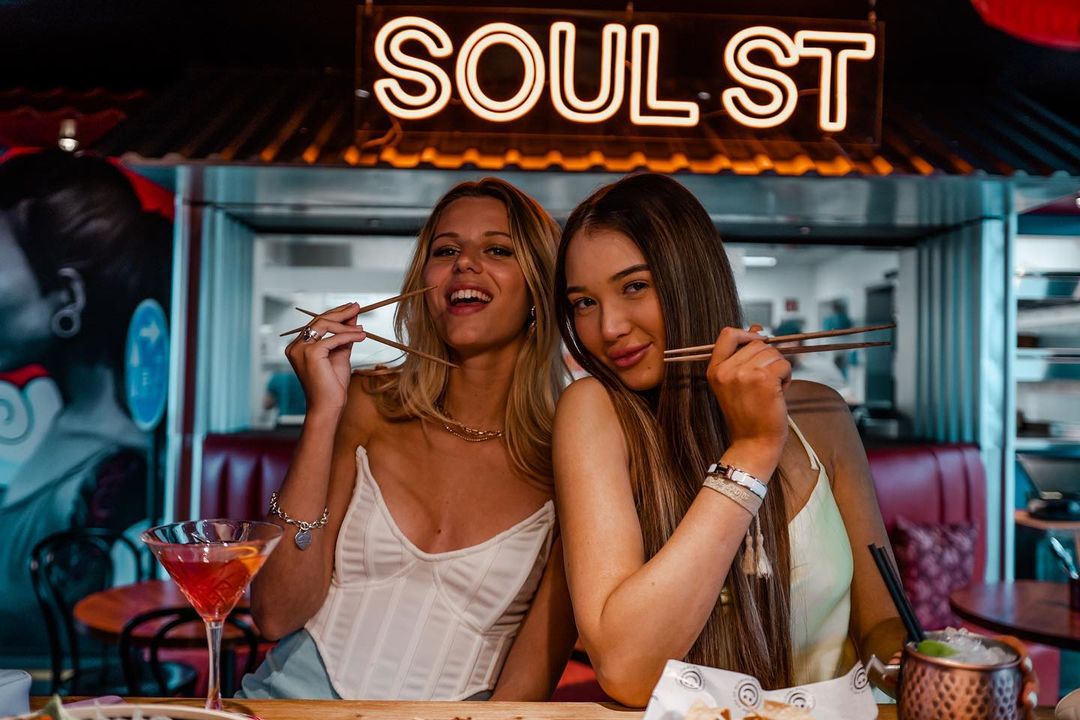 Looking for Top Restaurants in Zurich

GET TO KNOW CHEF ORLANDO, EXECUTIVE CHEF AT ONE OF THE TOP RESTAURANTS IN ZURICH, SOUL ST, FIVE ZURICH

We got you. Well, actually Soul St’s Chef Orlando has got you. He’s got a menu packed with some of the best gourmet street food in Zurich, and it’s no wonder Soul St has been dubbed one of the top restaurants in Zurich. Intrigued? Read on to learn a little bit more about him…

Born in Puebla, Mexico, Chef Orlando’s love for cooking was largely inspired by his mother, who would cook for himself and his sister with passion and love and openly teach her children the art of combining flavours to make the perfect dish.

A maestro in the kitchen, his mother was able to whip up dishes from a range of varied cuisines such as Chinese, Indian, Mexican and Italian. Inspired by his mother, Chef Orlando began to create his own dishes at the young age of six – especially his favourite homemade dish, entomatodo – green tomatoes with pork and spicy chipotle chillis accompanied with freshly baked tortillas. Would he ever think he would be Executive Chef for one of the top restaurants in Zurich? Never.

Inspired by his mother, Chef Orlando began to create his own dishes from a very young age and was delighted to begin his professional career in 2010 when he was able to travel the world with his first role as a Chef with the Marriott Hotel Group in Mexico. Following this, he moved to New York to work at Sweet Grass Grill restaurant, which served casual but mouth-watering North American cuisine and at a Mexican-themed destination, Tomatillo serving much-coveted vegan Mexican dishes. After four years in New York, Chef Orlando moved to Nicaragua for two years to cook in the kitchens of Yemaya Boutique Hotel, which served delectable Caribbean cuisine.

Having garnered varied and detailed gastronomic experiences across different culinary landscapes, Chef Orlando, mastered the art of working with local ingredients to create fresh recipes that please local and international palettes alike. “I learnt how to play with ingredients and recipes… to experiment wildly and delightfully… in order to create my signature dishes that cater to every taste.” says Chef Orlando.

After working at reputable restaurants from across the globe, Chef Orlando decided to bring his unique spin on gastronomy to the culinary hub that is Dubai at soul food meets street art destination, Soul St. at FIVE Jumeirah Village. Following the huge success of Soul St in Dubai, Soul St Zurich has had much acclaim and it’s not surprising that it is now one of the top restaurants in Zurich.

Chef Orlando played a key role in curating the Soul St. menu, which was designed after detailed market research within Dubai, and globally, to understand the latest food trends in street food, followed by over six months of tastings to choose the best dishes that made the final cut on to the menu of the gourmet street food in Dubai, and now Zurich.

Mixing fine dining techniques with the vibrancy of street food flavours, Chef Orlando elaborates on Soul St.’s guiding principles, “Everything at Soul St. is homemade in-house – from the sauces to the tortillas and marinated meats. That is the Soul St. speciality – the love, deep thought and hard work that goes into crafting every dish. It’s food that comes straight from our hearts to your stomach!”

You read it here, if you’re looking for some seriously delicious gourmet street food in Zurich, head to one of the top restaurants in Zurich, Soul St, where you will not be disappointed.

Subject to availability. Advance bookings are recommended. For bookings and enquiries call  +41 44 456 55 55 or email [email protected]

BE THE FIRST TO KNOW – OUR NEWS